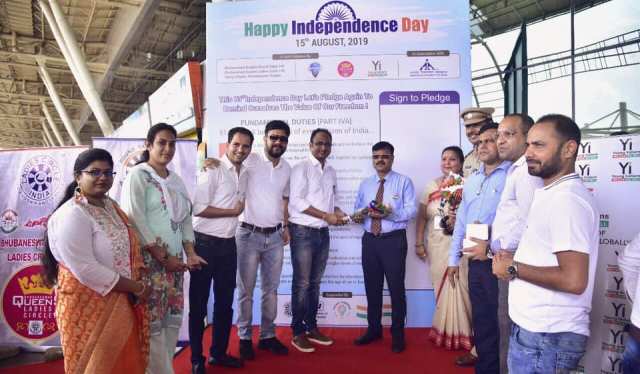 Nation First News:  The Bhubaneswar Knights Round Table 230, a Non Profit Organization from Bhubaneswar in association with Young Indians celebrated 73rd Independence Day in an unique way on Thursday.

Collaborated with the Biju Patnaik International Airport, Bhubaneswar, they opened up a kiosk at the arrival gate in BPI where citizens were handed over sweets, pastries, national flags and a pledge paper which mentioned 11 fundamental duties as per the constitution. 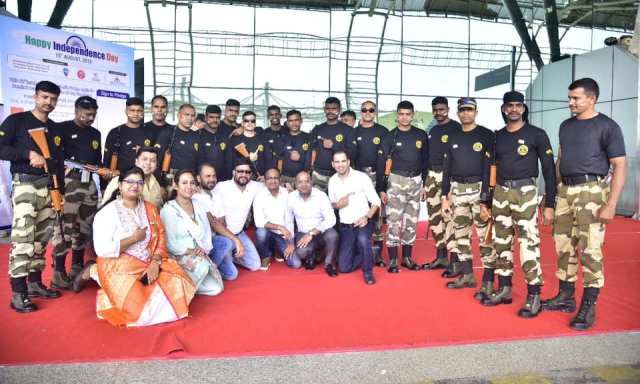 The idea was to remind everyone about the fundamental duties towards the Nation and also to make them feel the importance of freedom.

“We want to remind people that we as citizen of this great Nation are abide by the 11 Fundamental Duties towards the country. The 11th point describes the importance of education and Round Table India strongly believes in spreading freedom through education” said Shri Abhishek Mahananda, the Project & Publicity Convener of BKRT230. 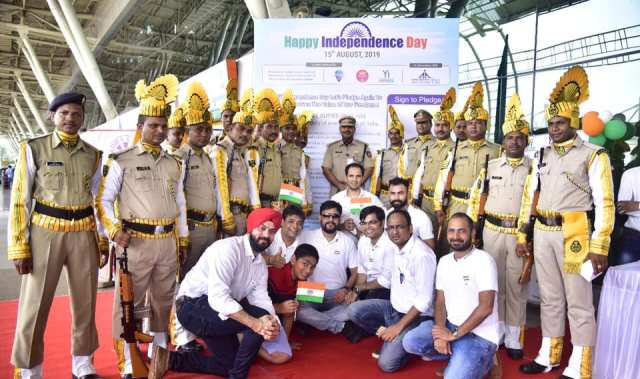 Ritesh Chanduka, the Chairman of BKRT230 said, ”Round Table India has been successful in building classrooms across the country and the numbers are 6000 plus and it is growing everyday. We will be playing our role in promoting education & building educational infrastructure which is our motto under our much appreciated national campaign – Freedom through Education”.

While, Suresh Chandra Hota, Airport Director graced the occasion as the Chief Guest, Deputy Commandant V.V.Gautam was the Guest of Honor. BKRT230 felicitated the Airport & CISF staffs. Members of BKRT230 & Yi interacted with public to spread the “I pledge..” movement.