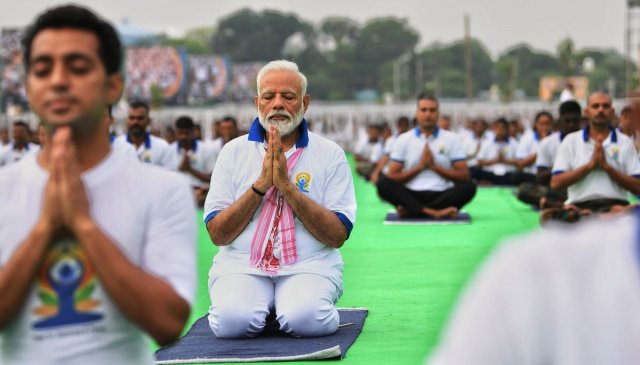 Nation First News:  The fifth International Day of Yoga is being celebrated today in 177 member countries of United Nations. The theme for International Yoga Day 2019 is Climate Action.

From army personnel to politicians and yoga enthusiasts lakhs of Indians practiced Yoga today on (June 21) at gatherings organised across and outside the country.

Over 30,000 yoga enthusiasts took part at the event in Jharkhand’s capital Ranchi to mark the fifth International Yoga Day celebrations.