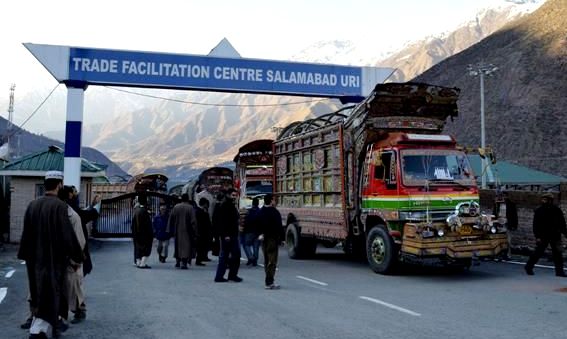 NF Bureau:  The Ministry of Home Affairs (MHA) on Thursday issued orders to suspend LoC trade in Jammu & Kashmir with effect from 19 April.

This action has been taken as the Government of India has been receiving reports that the Cross LoC trade routes are being misused by the Pakistan based elements for funnelling illegal weapons, narcotics and fake currency on very large scale.

During the ongoing investigations by NIA, it has been brought to notice that a number of trading engaged in LoC trade are being operated by persons closely associated with banned terrorist organizations, terrorists and separatist.

Therefore it has been decided by the Government to suspend the LoC trade at Salamabad, Uri in Baramulla District and Chakkan-da-Bagh in Poonch District of Jammu and Kashmir with immediate effect.

After the Pulwama incident, Government of India had withdrawn the MFN status to Pakistan.