From R. Madhavan's Rocketry - The Nambi Effect to Jayaraj's Malayalam film Tree Full of Parrots, a range of Indian films will premiere at the 75th edition of the film festival. 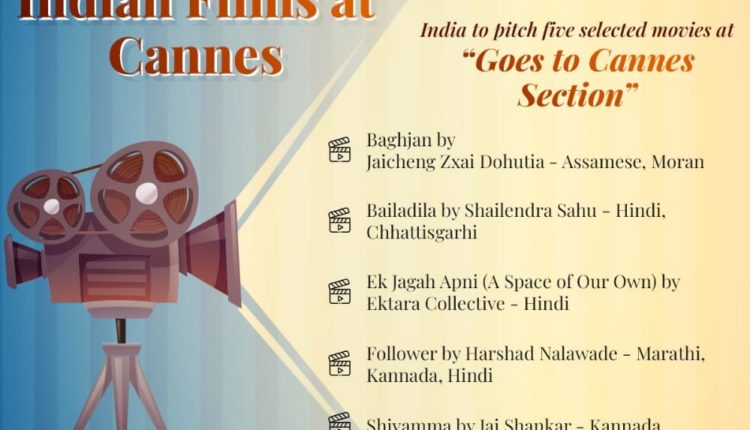 Nation First News:  India will be the official ‘Country of Honor’ at the forthcoming Marche’ Du Film, organized in parallel with the Cannes Film Festival in France. This is the first time that Marche’ du Film has an official country of honour, and the special focus will continue annually in future editions, with different nations taking the spotlight.

The Cannes film festival 2022 is scheduled to take place from 17th May to 28th May.

India and France will be celebrating 75 years of diplomatic relations and in recognition of this significant diplomatic background, India was voted ‘Country of Honour’ at the Marche Du Film during the Cannes Film Festival.This will ensure India’s presence as a focus country at the opening night of Marche Du Film, organized on Majestic Beach, with the spotlight on India’s cinema, heritage and culture.

Indians are proud that a number of films from across the country have been selected to screen at the 2022 Cannes Film Festival. From R. Madhavan’s Rocketry – The Nambi Effect to Jayaraj’s Malayalam film Tree Full of Parrots, a range of Indian films will premiere at the 75th edition of the film festival.

Apart from this, India has been given the opportunity to pitch 5 selected movies at the “Goes to Cannes section” that are as follows-

To add an Indian flavor to this night there would be a special performance by the Indian choral bands along with fireworks and folk music. According to an official statement by the Ministry of Information & Broadcasting, ,Movie celebrities from across India to walk Red Carpet along with Shri Anurag Thakur at Cannes.

Celebrities across India are set to walk the Red Carpet as part of Indian delegation on the opening day of Cannes Film Festival 2022 on 17th May, 2022. Union Minister for Information and Broadcasting Shri Anurag Thakur will lead the delegation from India to Cannes. The list of celebrities also includes stars from major music industries across India.

The delegation will comprise the following celebrities: