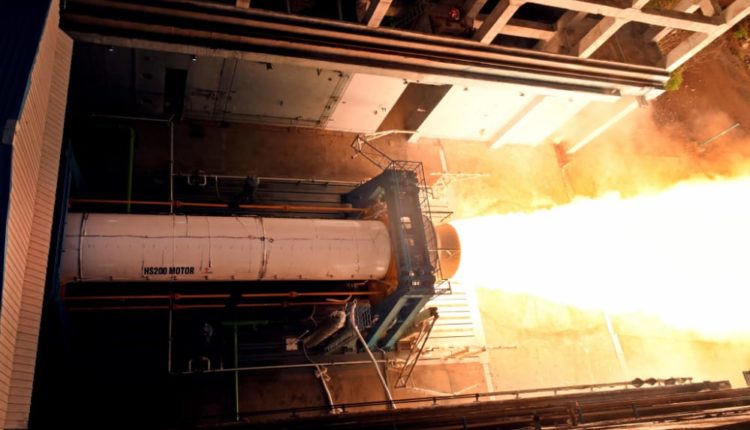 The booster engine is part of the Geosynchronous Satellite Launch Vehicle MkIII (GSLV Mk III) rocket that will launch Indian astronauts into space. The GSLV MK III missile is a three-stage vehicle. The first stage uses solid fuel, the second uses liquid fuel, and the third is the cryogenic stage, which uses liquid hydrogen and liquid oxygen.

The S200 engine – the first stage of the LVM3 launch vehicle designed to launch 4,000 kg satellites into geostationary orbit – has been configured as a seat belt rocket. The design and development of the HS200 booster was completed at the Vikram Sarabhai Space Center (VSSC) at Thiruvananthapuram in Kerala and the fuel pour was completed at Sriharikota.

This endurance test of the launch vehicle’s first stage marks an important milestone for the Gaganyaan program. India’s first manned spaceflight mission – “Gaganyaan” – is scheduled to launch next year.

The first manned flight will involve two unmanned launches, the first of which is scheduled to begin in the second half of 2022, followed by the second launch at the end of the same year.