NF Bureau:  Young Entrepreneur, Founder of ‘Jai Odisha’ and Editor of ‘Coffee Bytes’ magazine Rudra Narayan Samantaray has joined the Biju Janata Dal (BJD) today along with thousands of his supporters at the BJD Office in the presence of BJD President and CM Naveen Patnaik.

Along with Rudra Samantaray, Stayfit Gym Owner Satyajit Dash, Sourav Mohanty, Deepak Acharya, Padma Apa and Bhagyashree Sahu also joined the BJD. Rudra went to the BJD office in a huge bike and car procession. Although normally all joining programs are held at Naveen Niwas, this time BJD party office was chosen as over 5,000 people came along with Rudra.

“I have been inspired by Naveen Patnaik’s clean image, leadership and pro-people initiatives. I joined the party today without any conditions. Whatever responsibility I get, would gladly accept,” said Rudra Samantaray. It is believed that he remains the front runner for Bhubaneswar Central Assembly seat in place of sitting MLA Bijay Mohanty. 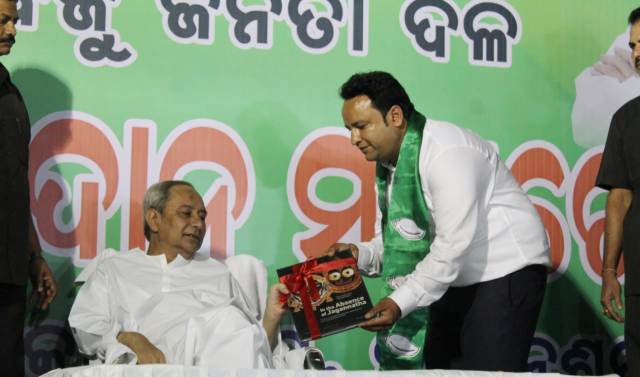