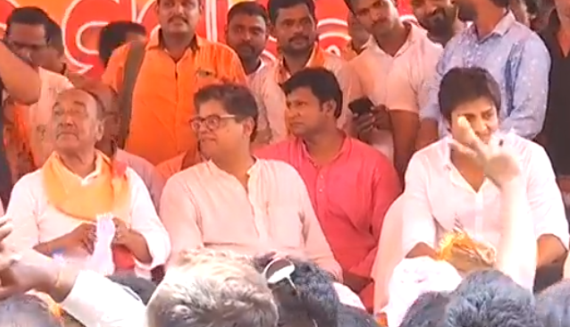 Jay Panda lashed out at the BJD Government in the State, saying it has failed to protect the farmers as well as women. “Crime and violence against women and children are on the rise. Farmer are beaten up for raising their voice. Youth are forced to migrate to other places in search of employment. It’s high time Odisha votes for a change,” he said.

Bijoy Mohapatra, who is leaving no stones unturned to enter the Odisha Assembly after a long gap of 19 years, also hit out at the Naveen Patnaik Government, saying the election in 2019 is going to be historic. “Those in power for the last 19 years should know that they would pay a heavy price for the tears given to the unemployed youths and women in Odisha”.

Will send Chit Fund looters to jail if voted to power: Dharmendra