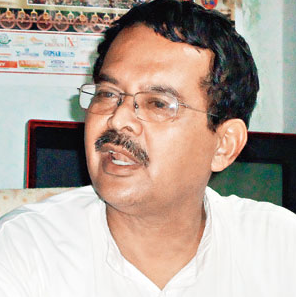 Since the last date of nomination for Kandhamal which goes to polls on April 18, remains March 26, Kharabela may have to rush soon after the confirmation. BJD has fielded Rajya Sabha MP Dr. Achyuta Samanta from Kandhamal.

Muktikanta Biswal, who walked from Rourkela to Delhi, gets Congress Ticket