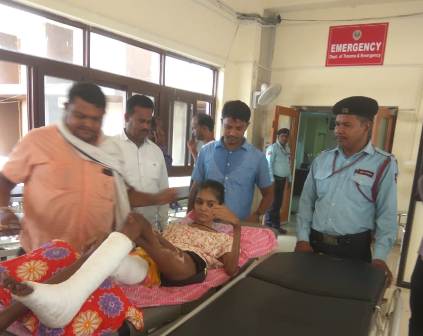 Nation First News: On June 21, 2019, Nation First News (NFN) had published an article with the details of Sital Sahoo, a victim of Ranital High School bus accident, who was struggling to get financial assistance and having a tough time to get further treatment. She also sought euthanasia out of frustration.

It was due to the efforts of Padmalochan Behera, a young Social Activist, who highlighted the issue on Twitter, Sital got all attention. She has now been shifted to AIIMS, Bhubaneswar.

The Bhadrak District Administration as well as Health Department had swung into action and promised all support after Padmalochan’s tweet went viral. Later, media houses too jumped in to report the news. Some of them are now taking credit, but entire credit goes to Padmalochan’s tweet.