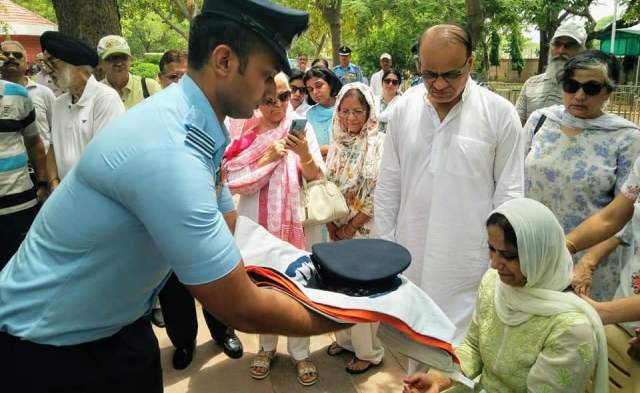 Nation First News:   The last rites of Odia Flight Lieutenant Sunit Mohanty, who was one of the 13 IAF petsonnel killed in AN-32 Crash in Arunachal Pradesh on June 3, were performed with full military honours at Brar Square in New Delhi on Friday. 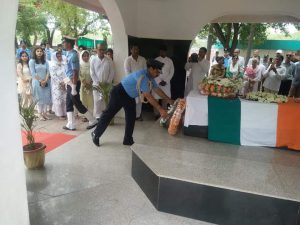 Defence Minister Rajnath Singh, Vice Chief of Air Staff and other senior officers of the Indian Air Force laid wreaths & paid their respects to the departed Air-Warrior, as informed by IAF on their Twitter Handle.
Flight Lieutenant Sunit Mohanty hailed from Baliapalli of Kabisuryanagar in Ganjam district. However, his family is based in New Delhi. They had migrated long ago.