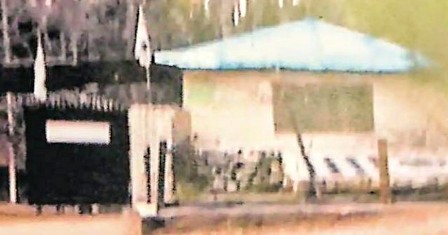 NF Bureau: Senior Journalist Aditya Raj Kaul, who covers defence & strategic affairs, has tweeted a video, which shows the audio clipping of Maulana Ammar, brother of Maulana Masood Azhar, which confirms that Indian Mirage 2000s hit a JeM Markaz (Centre). The clip was later played by some TV channels too.

“India did not bomb the safe house of any agency or its headquarters or where agency officials held their meeting. They bombed the centre where students were trained to understand the concept of ‘jihad’ and assist oppressed Muslims in Kashmir,” Ammar is heard saying in the audio clip.

“By attacking our centre, they have forced us to start ‘jihad’ against them,” he was seen saying. He also vowed strong retaliation against India saying they made a huge mistake by attacking an Islamic nation.

Earlier, Italian Journalist Francesca Marino, quoting eye-witness sources who work for the local government, busted lies of Pakistan on Balakot Airstrikes. According to the report filed by her, people who refused to be identified, saw up to 35 bodies being moved out of the the site by ambulance after the attack.

“The dead included 12 men who were said to have been sleeping in a single temporary shack, and some individuals who were associated with Pakistan military in the past,” she said. She also named a few including former ISI officer Colonel Salim, JeM instructor Mufti Moeen and IED expert Usman Ghani.

The eye-witnesses also told her that the Army did not even allow the police to enter the site after the bombing, not to mention the locals. Mobile phones of medical staff on the ambulances, were taken away. Several people were reportedly injured in the attack. This is fact that neither the local nor the foreign media were allowed to go to the Jaba Top where the JeM training centre was located. They filed the story after talking to the villagers at the ground, located at a considerable distance from the hilltop.

US seeks information on “misuse” of F-16 Jets by Pakistan