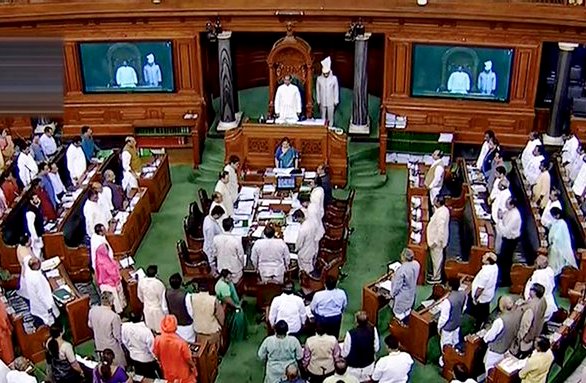 Nation First News: Lok Sabha on Tuesday approved a resolution abrogating special status to Jammu and Kashmir under Article 370 of the Constitution.

The bill to create two UTs was passed in the House by 370 votes in favour and 70 against.

Earlier, the bill was approved by Rajya Sabha on Monday.

A day before its scheduled conclusion, Lok Sabha was adjourned sine die today.