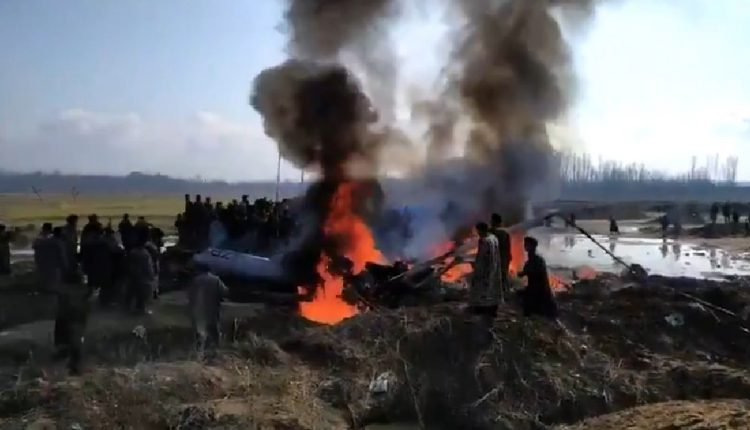 NF Bureau: In a shocking development, a Mi-17 transport helicopter crashed at Garend Kalan village of Budgam at around 10.40 AM this morning.

The chopper was blown into pieces. Both the Pilots were charred to death, said initial reports.

The exact reason of the crash is not yet known.

However, the TV reports confirmed that 2-3 Pakistani F-16 Jets violated the Indian Airspace in Nowshera, Rajouri up to 4-5 km and then retreated when challenged by the Ground Troops.

Meanwhile, Pakistan Army claimed that in response to India’s airstrike yesterday, Pakistan Air Force shot down two Indian Aircrafts inside Pakistan airbase. They further claim that one aircraft fell inside Kashmir and another inside PoK. One Indian Pilot has been arrested, they claim.