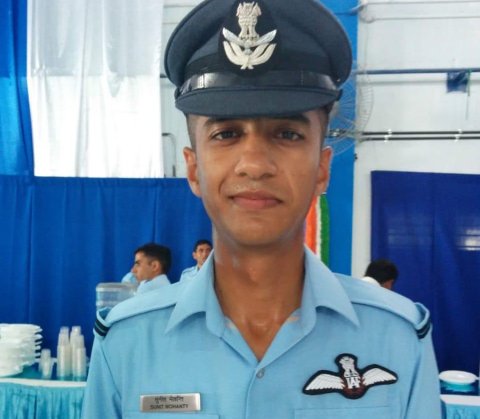 Nation First News:  Flight Lieutenant Sunit Mohanty from Ganjam district was among the 13-member crew on board AN-32 transport Aircraft of the Indian Air Force (IAF) which went missing since Monday afternoon near China border.

As per report, the Flight Lieutenant Sunit Mohanty, hails from Baliapalli of Kabisuryanagar in Ganjam district.

The transporter aircraft had taken off from Assam’s Jorhat at 12.27 p.m. for Arunachal’s Mechuka Advanced Landing Ground (ALG) but it lost contact with ground authorities at around 1 p.m.

Family members of missing IAF officials of AN-32 Aircraft met Defence Minister Rajnath Singh at his residence on Thursday. They are being regularly updated on the progress of search for the missing aircraft.