Muslim Family assaulted in Gurugram; asked to go to Pakistan 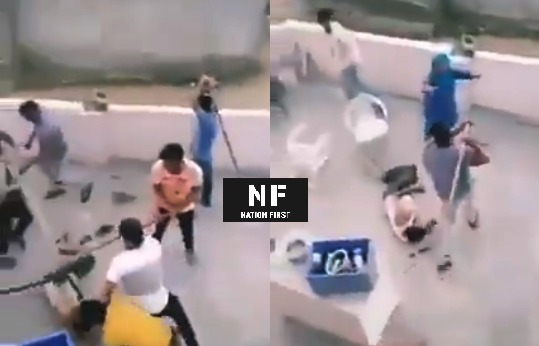 NF Bureau:  Members of a Muslim family in Gurgaon’s Dhamaspur village were beaten with sticks and rods, allegedly by 20-25 men on Holi evening.

As per statement given by one of the victims, identified as Mohammad Sajid, the trouble started when Sajid’s nephew and other members of his family were playing cricket outside with some others in a vacant plot near the house.

After attackers told the Muslim family members not to play cricket and “go to Pakistan and play there”, both the groups got into an argument and the accused allegedly trashed the victims with batons, iron rods, hockey sticks, and water pipes.

When the victims ran into the house, the mob had barged into their house and started beating people up again.

Six people have been arrested based on the video footage that a family member recorded.

Muktikanta Biswal, who walked from Rourkela to Delhi, gets Congress Ticket