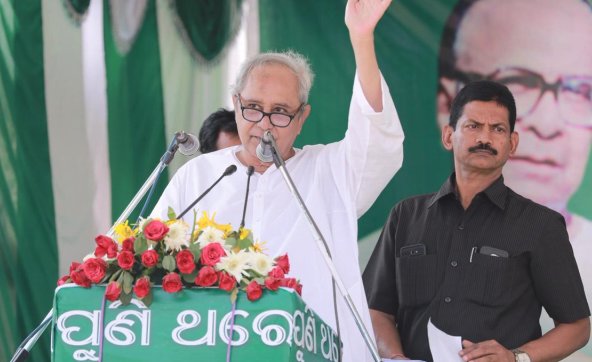 Nation First News: BJD President & Odisha CM Naveen Patnaik has ruled out any member from his family joining politics in future, saying his successor will be chosen by the people and it would be from BJD only.

Naveen put an end to all speculations and rumours about possible entry of his nephew Arun Patnaik into Odisha politics with this statement while talking to National Media.

“BJD keeps winning as it’s close to people and takes care of their concerns. It’s the people of Odisha who will decide who will be my successor. I am sure it will be from BJD only. We are even confident of winning the polls sixth time in 2024”, he added.

While acknowledging BJP as a tough political opponent because of their rising power, Patnaik said the saffron party gained at the cost of a declining Congress, while BJD increased its vote share in Assembly polls despite being in power for four terms (19 years). He also made it clear that BJD will play a constructive role at the Centre.