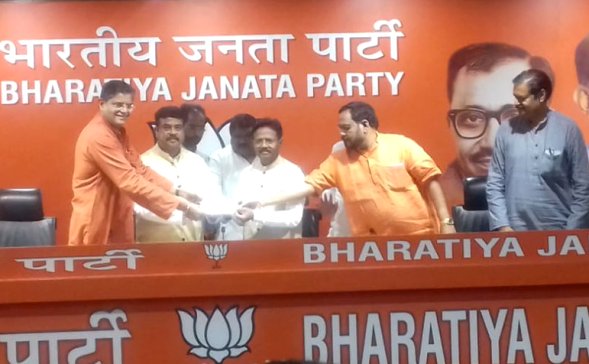 NF Bureau: As expected, Nabarangpur MP Balabhadra Majhi, who had resigned from the BJD a couple of days ago, joined the BJP at the party headquarters in New Delhi.

Balabhadra Majhi had resigned from the BJD on March 14 by sending a four-page resignation letter to CM Naveen Patnaik, after being denied a ticket this time. An Engineer by profession and former Indian Railways Officer, Balabhadra Majhi had quit the service to join BJD in 2014. He won the Lok Sabha polls by defeating incumbent Pradeep Majhi of the Congress by just over 2,000 votes in a tight contest.