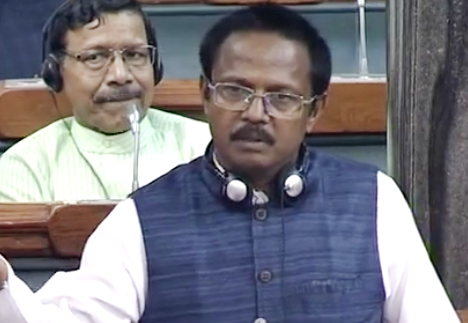 Majhi alleged that party was ignoring him during discussions, meetings and in other party activities.

In a letter to Odisha CM, Nabarangpur MP said, “I am sure some people have misled you. Now I feel cheated, as before last General elections, I was lured into party to stand for Lok Sabha. I had sacrificed over 7 years of service & resigned from my post for public service. Now I presume I am no more required in the party”.

“I have no grudge against you. You are a great pilitician. I admire your abilities. You will always remain as an inspiration to me”, mentioned Majhi in his resignation letter.

When asked  whether he would join any other party, Majhi said he would take a decision to this very soon. Sources said, he might join the BJP within a few days.

Majhi was a former employee of the Indian Railways. He had successfully contested and won the 2014 Lok Sabha Elections by defeating Congress’ Pradeep Majhi. 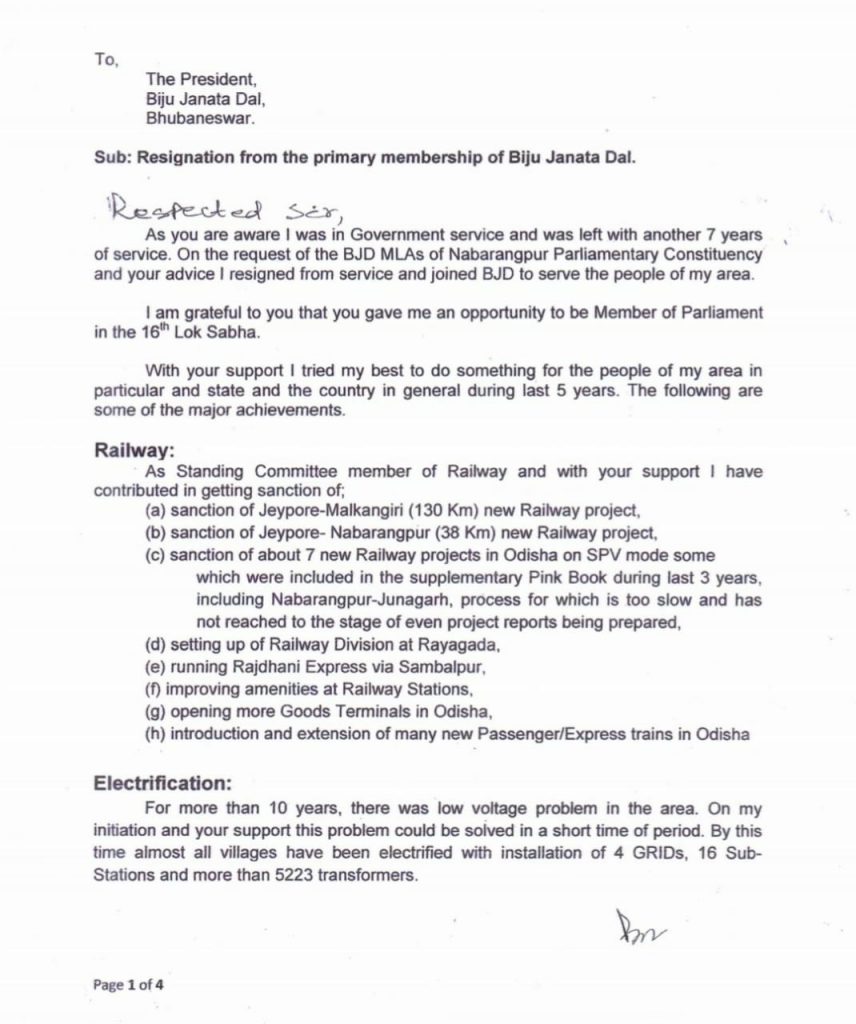 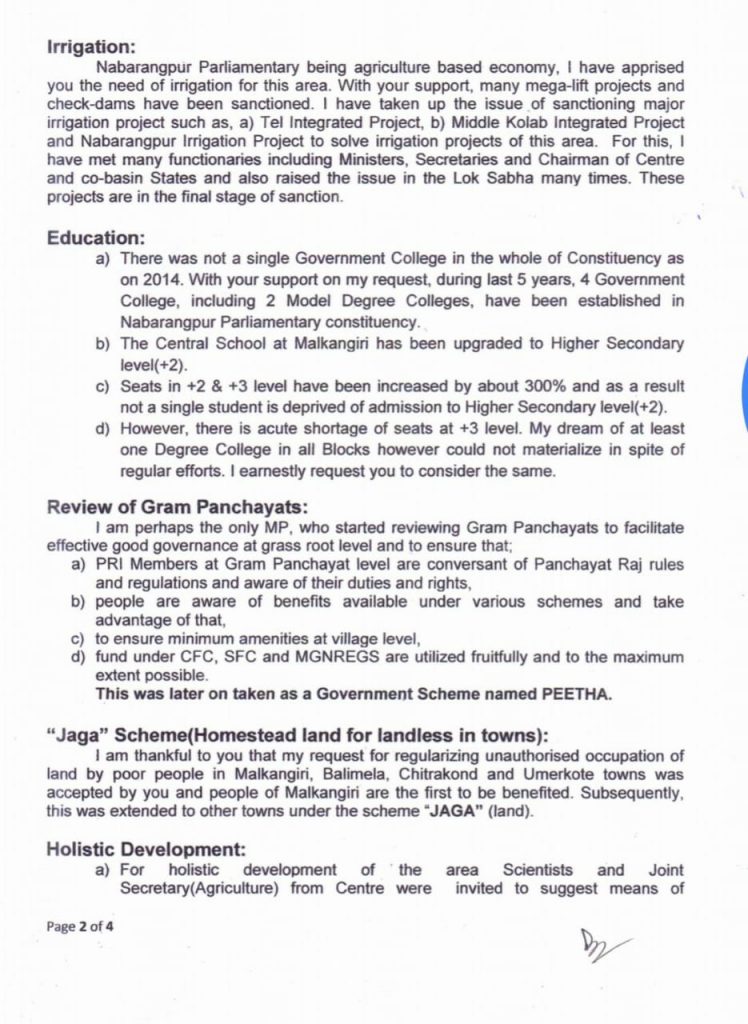 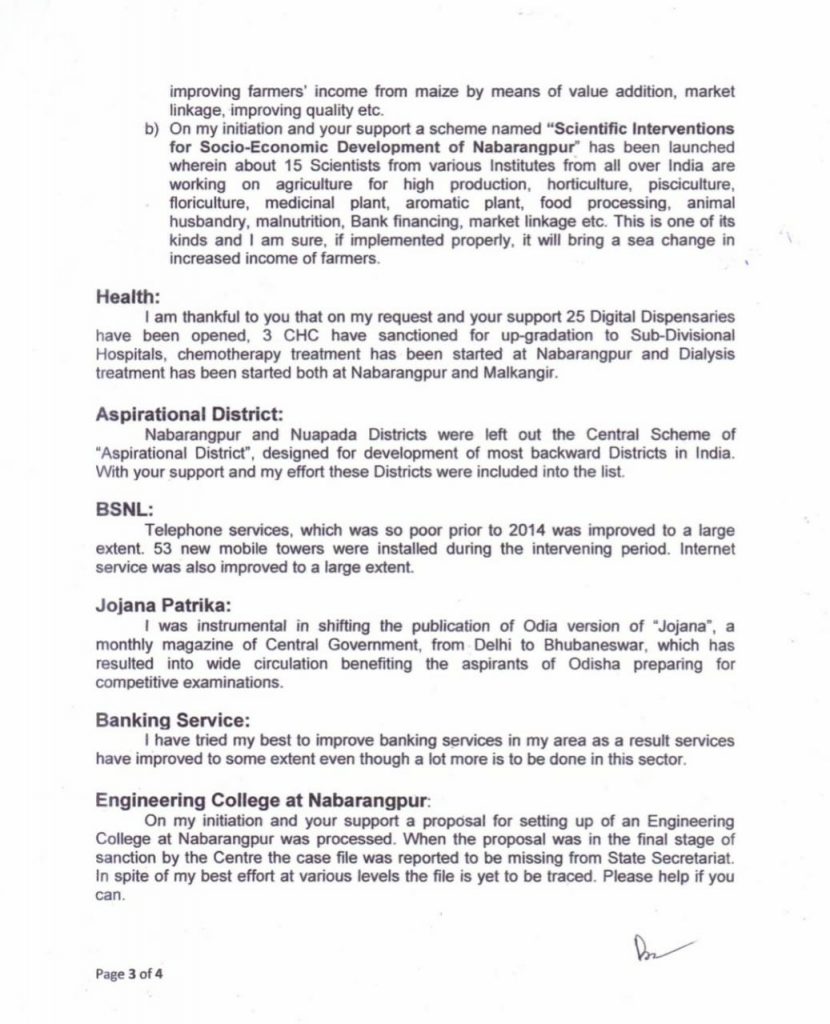 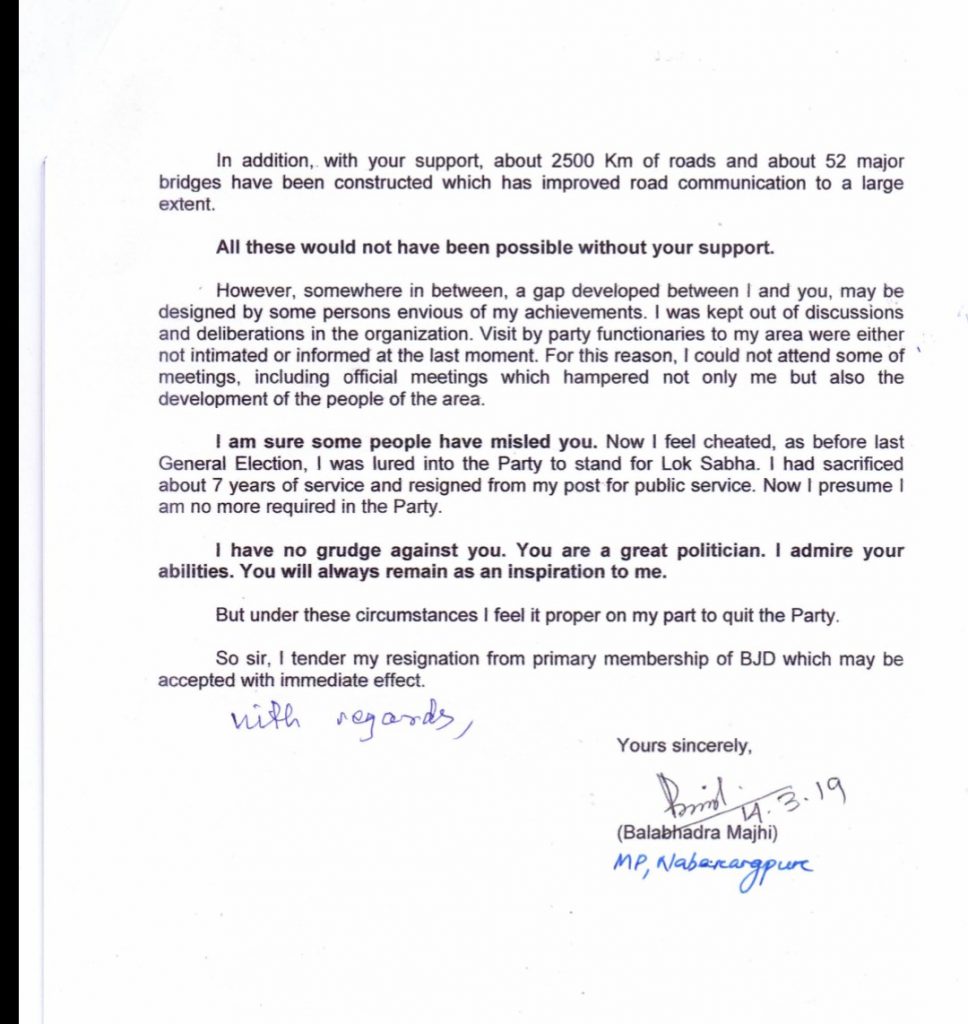