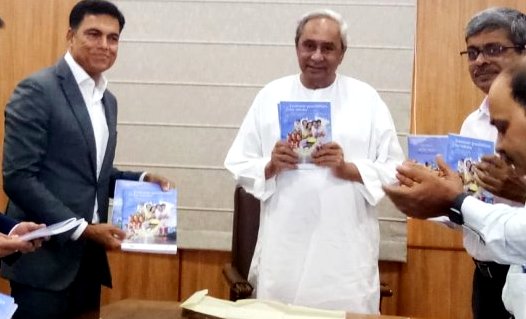 The document has been jointly prepared by JSW Group and PwC India.

Releasing the report, Naveen said, Odisha, having huge natural resources, is on its way to achieve this objective through its investment friendly policies, infra connectivity & skilled manpower. Odisha will take a central role in driving national growth as a manufacturing hub, the CM stated.

Speaking on the occasion, JSW Chairman Sajjan Jindal described Odisha as the ‘hidden gem’ of India.

Senior officials of the State Government including Chief Secretary Aditya Prasad Padhi, along with top executives of the JSW Group and PwC India attended the meeting.

Odisha gets Rs 5,993 crore; highest ever allocation in Railway sector