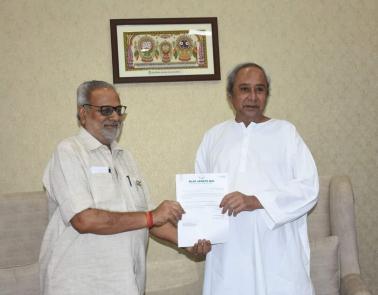 Nation First News: As per the press communique released by Governor Prof. Ganeshi Lal’s office, BJD President Naveen Patnaik will take the oath along with his Council of Ministers at 10:30 AM on May 29, 2019.

The swearing-in ceremony will be held at the IDCO Exhibition Ground, Unit III, Bhubaneswar. It is expected that 21 Ministers will take oath along with the Chief Minister. This is the fifth time in a row Naveen will be sworn-in as the Chief Minister of Odisha.

Earier, Governor Prof. Ganeshi Lal had invited Naveen Patnaik to form the Government after the latter submitted the list of 112 MLAs that won on BJD ticket. BJD has won 112 out of 146 MLAs in Odisha Assembly, while BJP has won 23 followed by Congress (9). 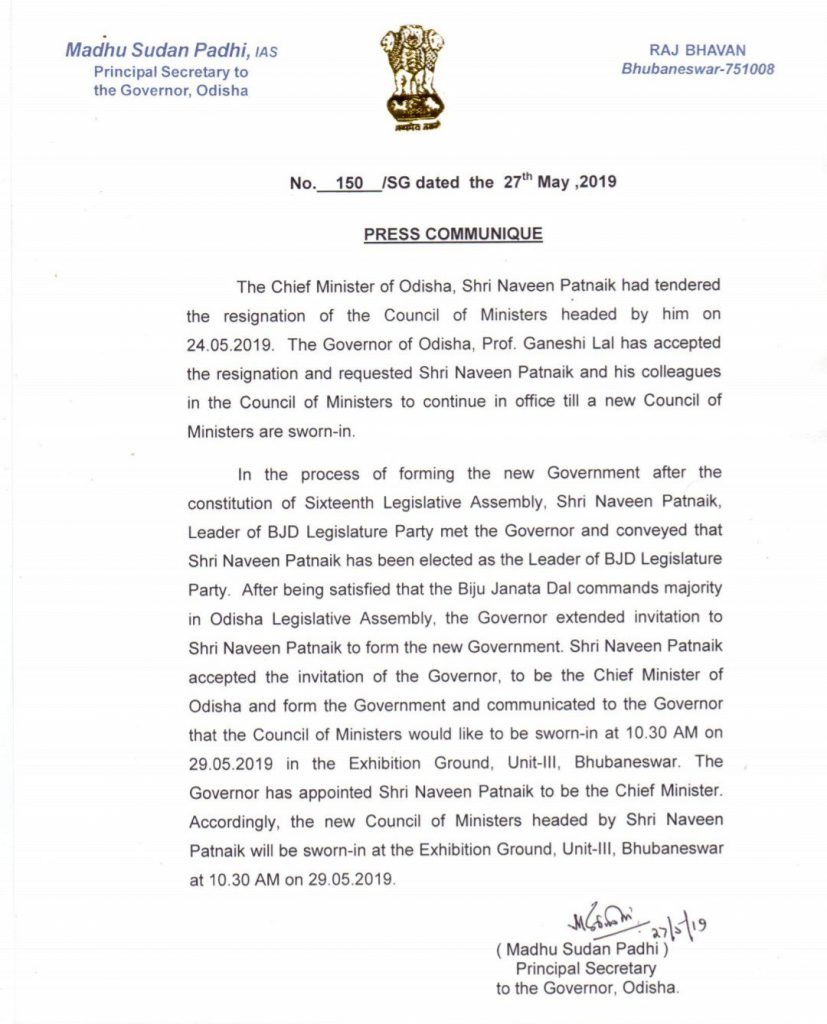