No Survivors at AN-32 Crash Site, confirms IAF 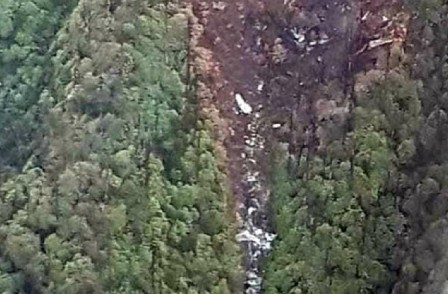 Nation First News:  Indian Air Force on Thursday confirmed that there are no survivors in the crash of its AN-32 Aircraft in Arunachal Pradesh.

The Indian Air Force (IAF) AN-32 aircraft with 8 crew members and 5 passengers on board had lost contact after taking off from Jorhat base on June 3 at around 1 PM.

Earlier, the wreckage of the missing AN-32 transport Aircraft was spotted at 12,000 feet by Mi-17 helicopters of the Indian Air Force in Arunachal Pradesh’s West Siang district on Tuesday.

The families of the 13 personnel have already been informed that there are no survivors.

Flight Lieutenant Sunit Mohanty from Odisha was one of the 13 people who lost their lives in the crash.

Here’s the list of Air Warriors of AN-32 Crash: