No Toll Fee at Pipili Toll Gate during Ratha Jatra – 2019 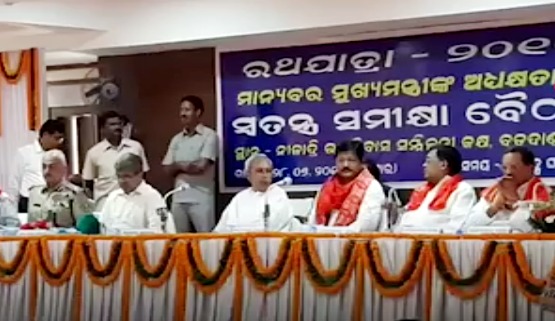 Nation First News:  With an aim to give relief to all the devotees on their way to world-renowned pilgrim city during the annual Ratha Jatra (car festival), Odisha Government has decided to make the toll gate fee free at Pipili toll gate for three days.

The Chief Administrator of SJTA, Pradipta Mohapatra on Friday informed that the toll gate at Pipili on NH-203 connecting Bhubaneswar and Puri will be free for the devotees on Gundicha Jatra, Bahuda Jatra and Suna Besha.

This apart, the district administration will provide free ambulance service from July 3 to 15. As many as 5 ambulances will be stationed alongside the National Highway between Bhubaneswar and Puri from July 1 to July 15.

Similarly, 200 buses will be plying to Puri and Railways will run 194 special trains to Puri during Ratha Jatra.

Chairing a special review meeting at Neeladri Bhakta Niwas in Puri today, Chief Minister Naveen Patnaik appealed to both the public and temple servitors for cooperation during the grand event.