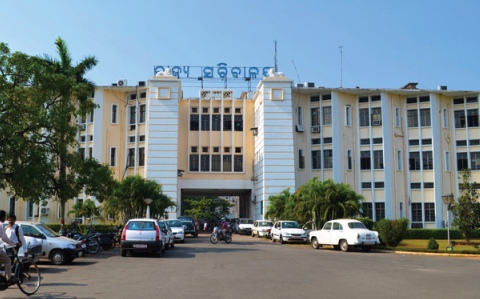 NF Bureau:  The Odisha Government on Saturday effected a major administrative reshuffle in the State.

As per the notification issued by the General Administration and Public Grievance Department, Higher Education Department Secretary, Special Relief Commissioner (SRC) and Managing Director of OSDM Bishnupada Sethi was appointed as the Commissioner of Commercial Taxes and GST.

Prasanta Kumar Senapati, presently posted as Director, Fisheries, Odisha has been appointed as Secretary, Board of Revenue, Odisha.

On the other hand, the additional appointment of Prem Kumar Jha (IFS) as Vice-Chairman, Bhubaneswar Development Authority, Bhubaneswar shall stand terminated from the date Balwant Singh takes over.

OIC Resolution on Kashmir a Huge Setback for India

Sambit Patra to contest from Puri, Bhrugu from Berhampur?