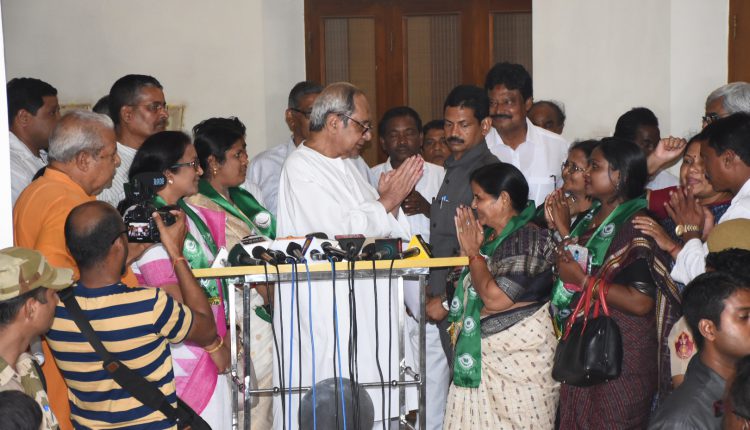 NF Bureau: Odisha Pradesh Mahila Congress President Sumitra Jena, who had resigned from the party as well as quit her post, has joined the Biju Janata Dal (BJD) in the presence of BJD President Naveen Patnaik.

Sumitra had resigned, expressing displeasure over ticket distribution. She had alleged that OPCC Chief Niranjan Patnaik and his son Navjyoti Patnaik have given tickets to those who are financially well-off.

Along with Sumitra Jena, Odisha Mahila Congress Vice President Kamala Tiria and several others too joied the BJD.

It can be recalled that Sumitra Jena was misbehaved by a group of party workers on March 31 while she was sitting on a dharna protesting denial of party tickets to women candidates.