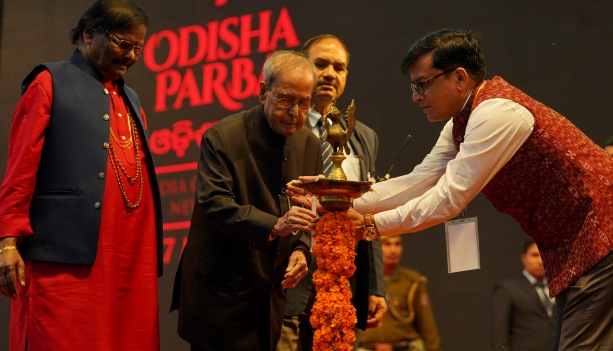 Odisha Parba is organised by Odia Samaj, New Delhi. Denizens from every nook and corner of Delhi NCR will witness the unique culture, heritage, tradition, cuisine and various other delights from this beautiful state. Along with the rich heritage, spectacular cultural programmes shall also be showcased in the Odisha Parba which is open for public till 17th March 2019.

Former President of India Pranab Mukherjee inaugurated the mega event by lighting the lamp. Among others Padma Vibhushan Raghunath Mohapatra, MP, Rajya Sabha and the entire fraternity of Odia Samaj were also present at this inaugural event.

On this inaugural day remembering Odisha’s rich maritime trade history, Pranab Mukherjee said, “in the 1st century, Odisha was considered as one of the prominent state of the country in maritime trade. For this reason, the state was involved in maritime trade in the entire South-East Asia. Starting from China sea to Indian Ocean, Odias had spread their empire in maritime trade. Apart from doing trade in waterways Odisha was involved in doing huge businesses by roadways also.” He further added that, I am very happy that Odia Samaj in Delhi is organising this Parba since 2017. It has received a very wide response from Odia communities in Delhi. Odisha has very rich history in various sectors. It is a privilege for me to be a part of this grand Parba”.

Addressing the inaugural ceremony Sidhartha Pradhan, President of Odia Samaj said, ‘This is the 3rd edition of Odisha Parba after the successful two editions held in the National capital of India, New Delhi. Every year seeing amazing enthusiasm amongthe visitors and Odisha lovers coming to this festival, it compels us to organise this mega festival again. We are feeling so delighted to come back with the same spirit every year. Through this festival we want to show the people of Delhi the rich culture and heritage of Odisha and this year we have made an effort to present a vision for future of Odisha. People can see glimpses of Odisha’s rich cultural legacy in this vibrant festival and mouth-watering street foods from classic cities of Odisha like Cuttack and Berhampur etc. would be loved by people. Have a look at all our stalls and enjoy this 3 day mega event’. 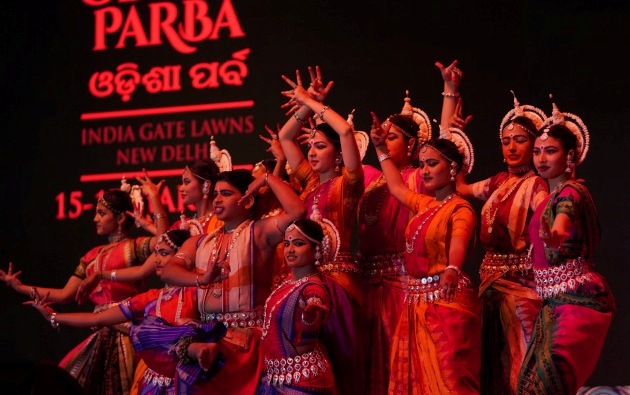 Top names from the entertainment industry of Odisha enthralled the audience. Gananayak Panchakam by Debadhara Group, Mahuria dada, a colourful dance by Bhumia tribes of Odisha, Traditional Mukha dance, an Odissi dance titled ‘Moksha’ and a fusion of Odissi and Bharatnatyam titled ‘Tandanu’ by Guru Madhumita Raut and troupe spellbound the audience on the inaugural evening. Apart from this Sikari-Primitive Tribal dance and Aranya-Animal Mask dance added colour and zest to the evening. Smruti Pasara-A live music show specially dedicated to Akshya Mohanty by his son Chitrabhanu Mohanty took people down the memory lane. Eventually glorious sambalpuri songs by prominent Odia singers Pankaj Jal and Aseema Panda notched up the entertainment quotient of an already magical evening, with their popular numbers and high energy.

On the second day of the programme i.e; on 16th March Governor of Odisha Prof. Ganeshi Lal will be given his kind consent to grace the occasion.

Like 2nd edition of Odisha Parba 2018, spreading over an area of 2 lakh 60 thousand sq. ft, this year ‘OdishaParba’ showcases the vision for a futuristic Odisha and how during ancient times Odisha was one of the most prominent states of the country with a rich maritime trade history. The event showcases the vision for reinstating that ancient glory to the state.

The handicraft and handloom section in the festivalis one of the most in demand sections as award winning artisans and weavers from Odisha are showcasing traditional handloom sarees, dress materials, handcrafted jewellery etc at very competitive prices.

Delhiites will get a plethora of delicious treats from Odisha, ranging from street foods of classic cities like Cuttack, Berhampurand Sambalpur; Odia thali and a diverse range of sweets from all over state.