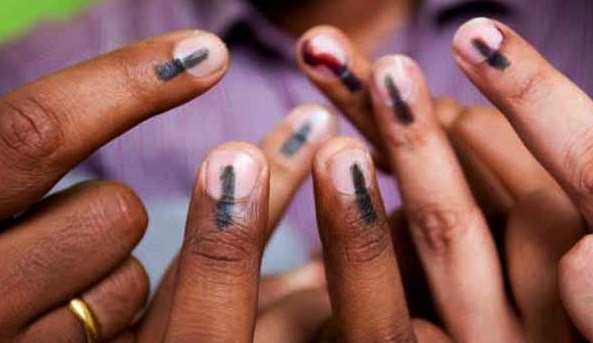 NF Bureau:  Polling during the 4 Lok Sabha and 28 Assembly constituencies in the first phase of voting on Thursday was largely peaceful in Odisha.

The voters’ turnout was recorded 68% by 6 pm in the state against 75% recorded in the first phase of 2014 general elections, said Chief Electoral Officer of the State Surendra Kumar.

The CEO also informed that while the failure rate of EVMs has been less than 1%, in 6 booths of Chitrakonda in Malkangiri district there has been no voting due to threat by naxals.

In the first phase, a total of four Parliamentary constituencies that went to polls were Kalahandi, Nabarangpur, Berhampur and Koraput.