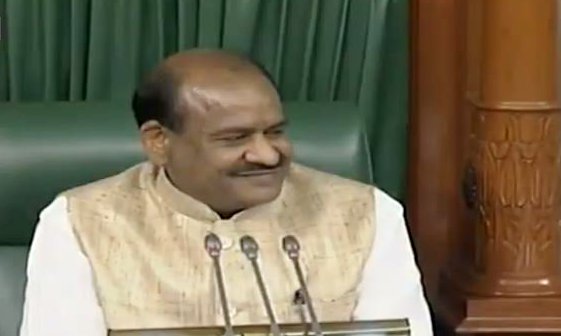 The motion moved by Prime Minister Modi to choose the Kota-Bundi MP as Speaker was adopted by a voice vote.

Congress, Trinamool and other opposition parties also supported the BJP leader as the Speaker.

Worth mentioning that Birla has been MLA from Rajasthan thrice and MP twice.

Apart from a being an active parliamentarian, he has initiated several social welfare programs including distribution of clothes to poor, blood donation camps, free meal program and a medicine bank to supply medicines free of cost for poor.