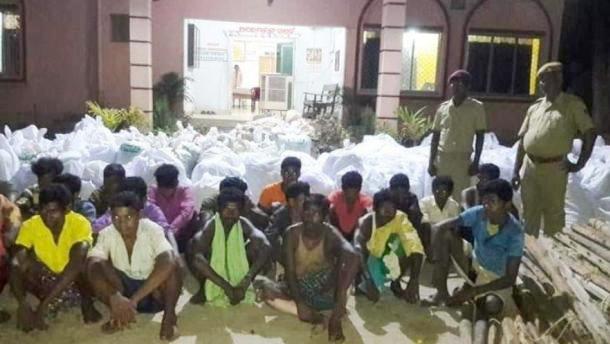 Nation First News:  In a major catch, the Malkangiri Police on Friday busted a ganja smuggling racket and seized a huge amount of ganja in Mathili area.

With this, Police have seized 3,305 kg of ganja and arrested as many as 34 persons involved in transporting the dry cannabis. Of those, 17 were from Malkangiri, 11 from Nabarangpur, 5 from Koraput and 1 from the Chhattishgarh.

A team of 75 officers, led by Sub-divisional Police Officer raided in Malkangiri forests which began on June 6 night and continued till the early hours of June 7.

Under the Narcotic Drugs and Psychotropic Substances Act, the possession upto 1000 gms of cannabis or 100gms of charas is tantamount to 6 months prison or 10000 Rs fine. According to government records, 1kg ganja sells for Rs 10,000.