The testbed was set up at a cost of around ₹220 crore. 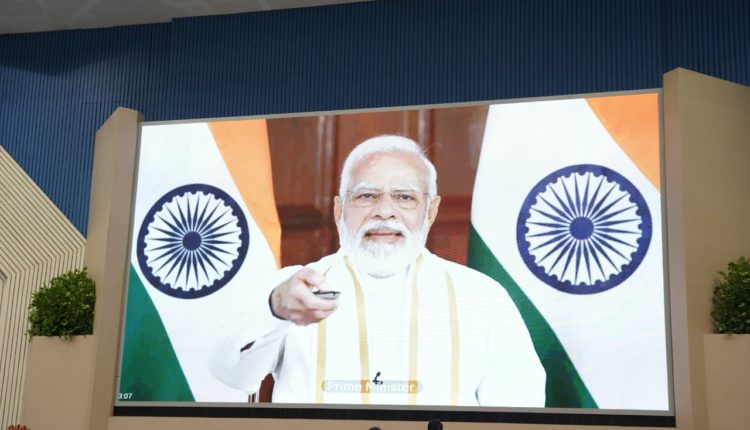 Nation First News:  Prime Minister Narendra Modi inaugurated the country’s first 5G testbed on May 17, Thursday. The initiative is taken to allow startups and industry players to test and validate their products on-site and reduce dependency on foreign facilities.

The testbed was set up at a cost of around ₹220 crore.

Speaking at the Silver Jubilee celebrations Telecoms Regulatory Authority of India (Trai), the Prime Minister said the 5G testbed is an important step in self-reliance towards critical and advanced technologies.

The 5G testbed was developed as a cross-institute joint project by eight institutes led by IIT Madras.

In the absence of a 5G testbed, startups and other industry players have had to go abroad to test and validate their products for installation on a 5G network. The testbed facility will be available in 5 different locations.

PM Modi during the inauguration stated that India is aiming to roll out a 6G telecom network that will offer ultra-fast internet connectivity by the end of the decade. India currently has 3G and 4G telecom networks and companies are preparing for the rollout of 5G.

According to the Prime Minister, a task force has started work on rolling out the 6G network by the end of the decade.

The Prime Minister said that whenever the industry has faced challenges such as back taxes or adjusted gross receipts, his government has responded quickly to the crisis and implemented reforms wherever necessary.

“These efforts have created new trust. The result of this is that over one-and-a-half times more FDI in the telecom sector has come in the last 8 years compared to the amount that came into the country before 2014,” Narendra Modi said.