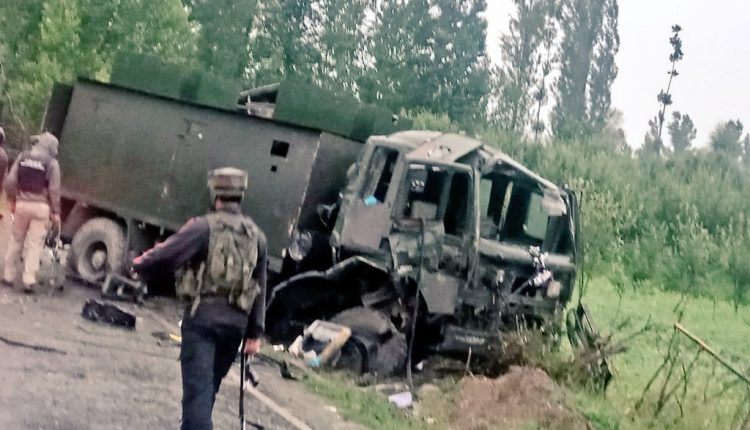 Nation First News: Two Army Jawans, who were injured in yesterday’s IED blast in Pulwama in J&K, succumbed to their injuries.

Another jawan remains critical while several others are being treated with injuries.

The armoured vehicle of 44 Rashtriya Rifles was attacked near the Arihal village of Pulwama – the place where CRPF Convoy was attached on February 14.

Initially, the Army called the attack a “failed attempt” by terrorists. However, the latest casualties shocked the nation.

Meanwhile, JeM Commander Sajjat Bhatt whose vehicle was used in Pulwama attack on February 14, was gunned down by security forces.