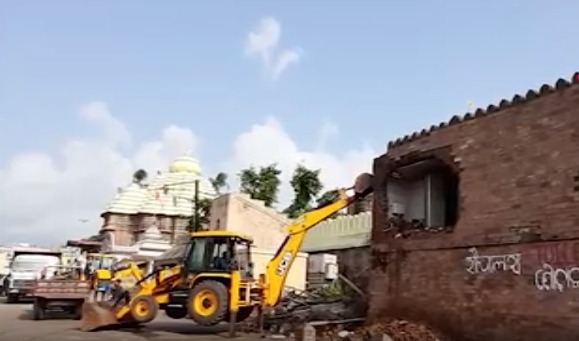 The work began from South Gate (Ghodadwara) at 6 AM today.

Around 24 platoons of police forces have been deployed at the site to maintain law and order situation in the spot.

As per reports, all unauthorised structures adjacent to the ‘Meghnad Pacheri’ including police outpost, toilet, and some other buildings will be destroyed.

The eviction was carried out on the basis of recommendations made by Justice BP Das Commission of Inquiry the safety and security of 12th-century shrine.