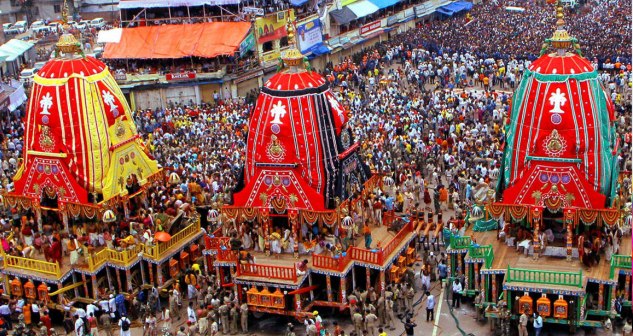 Nation First News:  One of the most-awaited festivals in Odisha as well as in India, Ratha Jatra, the annual Chariot festival of Lord Balabhadra, Lord Jagannath and Devi Subhadra will begin on July 4 and end on July 12.

The ‘pahandi’ of deities or Gundicha Jatra will begin at 9 am on July 4 while the chhera pahanra rituals by Gajapati King will be conducted between 2.00 pm and 3.00 pm.

Similarly, Bahuda Jatra will be held on July 12 and the Sunabesha of trinity will be conducted on July 13. Niladri Bije of deities will be completed by 4.00 pm on July 15.

Rituals to be stopped after ‘Madhyana Dhupa’ (rituals during noon) on July 16 in view of Lunar Eclipse.