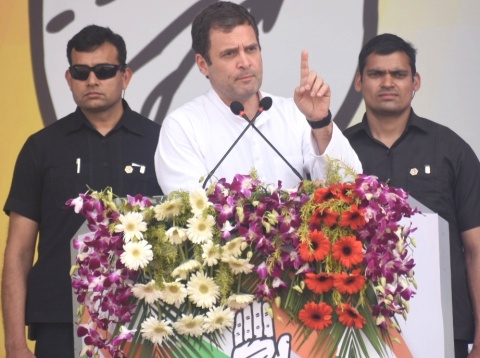 NF Bureau: Congress President Rahul Gandhi has announced complete farm loan waiver in Odisha if his party comes to power in the state while addressing a public rally in Jeypore in Koraput district.

“Congress will appoint special women officers in every Panchayat and set up financial corporation for women entrepreneurs to make them self-sufficient”, said Rahul Gandhi drawing huge applause from the crowd. Earlier, he had promised to ensure social security for women in Odisha. 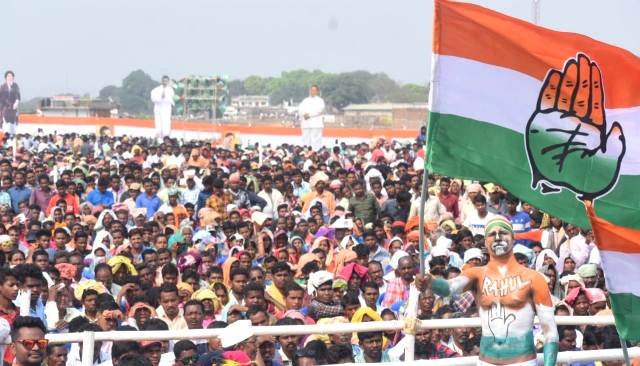 Rahul Gandhi also promised that Congress Govt will bear all educational expenses and other costs of under-privileged girls in Odisha when the party comes to power. He accused the ruling BJD Government of neglecting the interests of poor, downtrodden and women.

Taking a dig at PM Modi over Rafale Deal, Rahul Gandhi asked why the former ignored HAL, which has been manufacturing fighter planes for years and gave the contract to his friend Anil Ambani who got a benefit of Rs 30,000 crore. “Due to HAL, Odisha has been playing a big role in national security. Odia youth used to get employment opportunities too. But, due to PM Modi, Odisha was deprived of those privilege”, he alleged.

Earlier, PCC President Niranjan Patnaik came down heavily on BJD Govt and CM Naveen Patnaik, saying Dalits, Farmers and tribals are living in pathetic condition due to them.

Niranjan Patnaik promised to increase the MSP of paddy to Rs 2,600 in Odisha to change the fortune of the farmers.