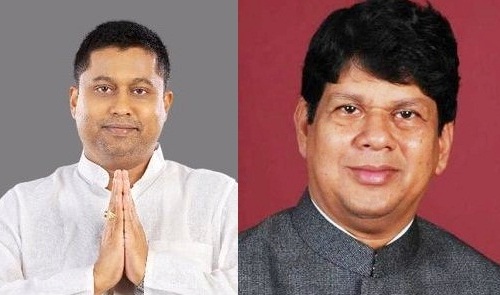 NF Bureau:  BJD President Naveen Patnaik may have a tough time to curb the dissent in Khandapada BJD, as supporters of sitting MLA Anubhav Patnaik have warned stir if he is denied ticket this time in favour of Rajya Sabha MP Soumya Ranjan Patnaik.

It is believed that Soumya Ranjan Patnaik is adamant on contesting the assembly polls from Khandapada, as he lost there last time by a narrow margin of 601 votes. Anubhav Patnaik of BJD had polled 62,257 votes, while Soumya Ranjan as a candidate of Ama Odisha Party (AOP) had secured 61,656 votes.

Although Soumya Ranjan Patnaik later joined BJD and was sent to Rajya Sabha, he wants to stay relevant in state politics and thus decided to contest in assembly polls.

The supporters of Anubhav had held meetings and demanded answers why and on what basis, he would be denied a ticket. If we believe the sources, Anubhav has decided to contest as an Independent candidate if he fails to get the BJD ticket.