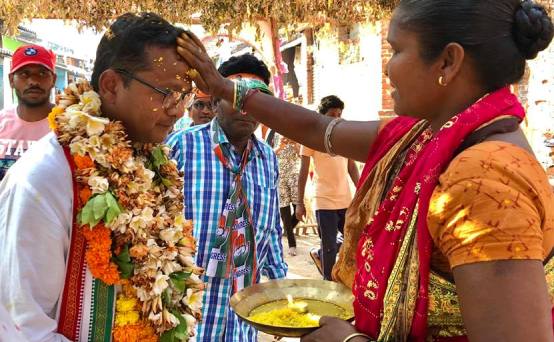 NFN News:  On March 13, 2019, the Nation First News has published a post, saying Saptagiri Ulaka is Congress’ best bet in Koraput Parliamentary Constituency. And, he proved us right by emerging victorious in the seat in a tight and unprecedented battle. Despite trailing throughout the day, he made a comeback in the night and had the last laugh.

All exit polls, pollsters and media had predicted a fight between Jayaram Pangi (BJP) and Kaushalya Hikaka (BJD) in Koraput. None of them had considered Saptagiri as a winner. However, Saptagiri not only won the seat, but also ensured a third place finish for former MP Jayaram Pangi.