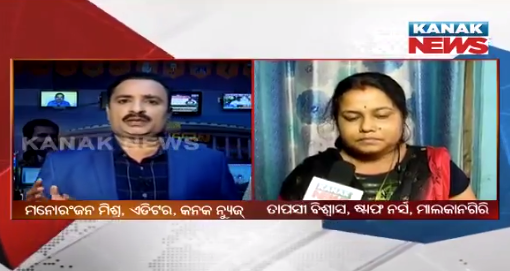 Nation First News:  While there have been outrage and widespread criticism over the TikTok video of Nurses inside SNCU at Malkangiri Hospital in Odisha, the Nurses have broken their silence and offered their version.

While admitting their mistake, the Nurses seek mercy saying it was not done with any malicious intention. They further added that the video was prepared in changing room and not during duty hours. The baby shown in the video, had already recovered and not under treatment, they clarified.