US seeks information on “misuse” of F-16 Jets by Pakistan 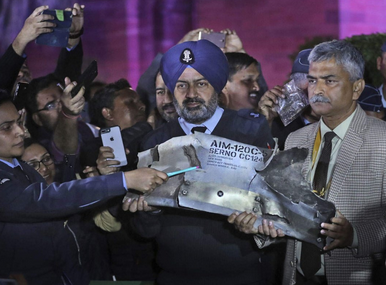 The Indian Air Force (IAF) had earlier displayed parts of an AMRAAM missile that fits into only the F-16 Fighter Jets in Pakistani fleet. The parts were recovered from the debris of missiles fired inside Indian territory by F-16.

As per Pentagon’s Defence Security and Cooperation Agency, the terms of sale of the Aircraft F-16 to Islamabad by Washington mandated that they could be used only for the purpose of “counter-terrorism operations, and specially for the insurgency in Afghanistan” and not against a country.

There is a lot of pressure on the United States within the country to take strong action against Pakistan, if it has indeed flouted the rules and dishonoured the agreement.