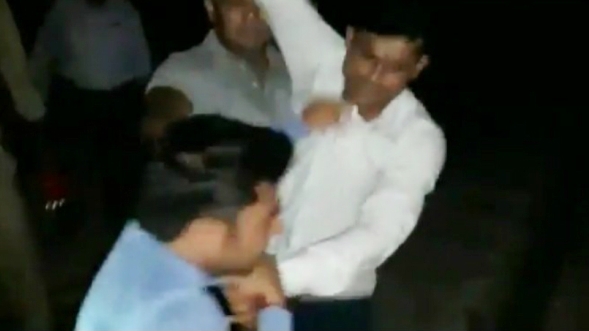 Nation First News:  In yet another shameful incident, a journalist in western Uttar Pradesh’s Shamli was beaten up by a group of Government Railway Police (GRP) personnel.

The group of GRP personnel were seen when a journalist named Amit Sharma of News 24 was covering a train derailment near Dhimanpura in the early hours of Wednesday.

The group of GRP personnel were seen repeatedly slapping and thrashing the journalist in the video.

Amit Sharma was then allegedly dragged to the GRP police station in Shamli where he was locked up, stripped and the GRP personnel urinated into his mouth.

Taking cognizance of the matter, the GRP inspector Rakesh Kumar and constable Sanjay Pawar were suspended and a probe has been ordered into the incident.

Odisha Govt to provide Dustbins to Each House in Urban Areas