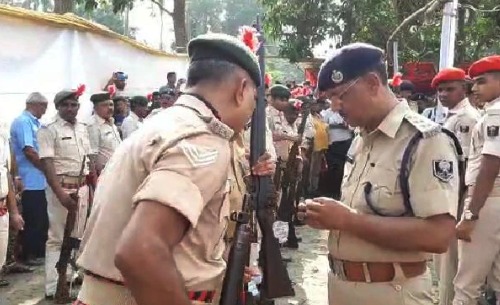 Nation First News:  In yet another embarrassment for Bihar Police, as many as 22 rifles carried by police personnel failed to fire a single shot during a gun salute for three times Chief Minister of Bihar Jagannath Mishra on Wednesday.

A video of the “gun salute” showed the policemen tasked to fire the gunshots kept on trying repeatedly but failed.