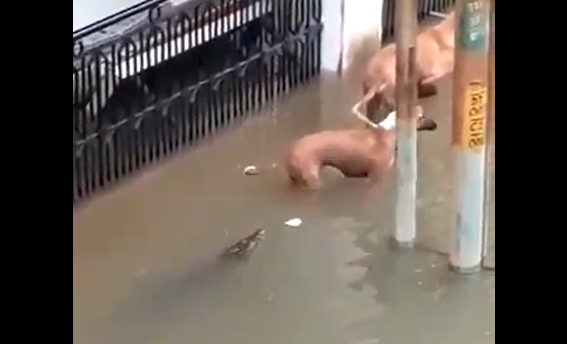 Nation First News:  Video footage of a giant crocodile launching an attack on street has gone viral on the Social Media. The incident took place at Rajstambh society near Lalbaug in Vadodara.

Reportedly, the crocodile had been washed away to the city due to heavy rains.

Strange thing is that, people were seen watching and filming Crocodile attack instead of rescuing the street dog.

It may be mentioned here that after heavy rain lashed Vadodara city and nearby areas in Gujarat yesterday, the vehicles were seen driving through waterlogged roads, trains have been cancelled and the airport has also been temporarily shut down.

Special Squads to check weight of School Bags in Odisha