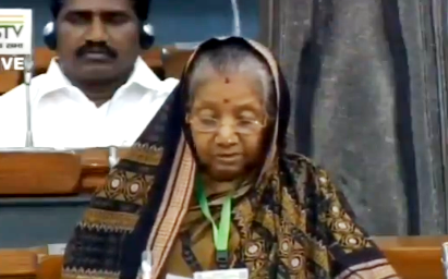 Speaker Om Birla introduced her to the lower house as the Woman who has transformed lives of Women through SHGs.

Pramila Bisoyi is credited for starting at least 100 women’s SHGs. With the Gram Vikas Yojana, she mobilised women to demand for water security, toilets and tree plantation.

Pramila, 70, won the Aska parliamentary seat on a BJD ticket in 2019 Lok Sabha elections with a margin of more than two lakh votes.