Will wipe out Terrorism; put J&K on path of Development: PM Modi 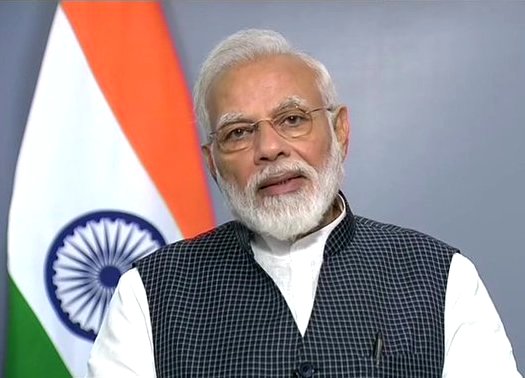 Nation First News: Three days after the Government’s decision to end special status for Jammu and Kashmir and split it into two union territories, Prime Minister Narendra Modi in an address to the Nation on Thursday evening said that nullifying of Article 370 in J&K is beginning of a new era.

On his special address, PM Modi said that any problem of people of J&K and Ladakh is also our problem. We are with them in their happy moments and their sad moments.

Key Points
• More than 1.5 crore people from J&K were bereft of the benefits of laws passed in the entire country
• There will be development in J&K and Ladakh without discrimination
• People of J&K had right to vote in Lok Sabha polls but neither they could vote nor contest in assembly/local polls
• Now people of Jammu and Kashmir will choose their representatives, they will now have CM, MLAs, Ministers of their choice
• We will be able to make J&K free of terror, separatism and welcome development
• People of J&K, Ladakh will achieve their goals in the environment of good governance and transparency
• Govt to extend all help for Eid celebration in Jammu and Kashmir
• J&K won’t stay a Union Territory for a long time. However, Ladakh will continue to remain one
• Jammu Kashmir and Ladakh have the potential to be the biggest tourist hub of the world
• International films will be shot in J&K
• IITs, IIMs to come up in Jammu and Kashmir
• All posts in Jammu and Kashmir to be filled soon
• In different states of the country sanitation workers come under the sanitation worker act, but workers from Jammu and Kashmir were deprived of it
• In many states strong laws are there to stop atrocities against dalits, but this was not the in case of J&K
• Articles 370, 35A used by Pakistan to create problems in J-K