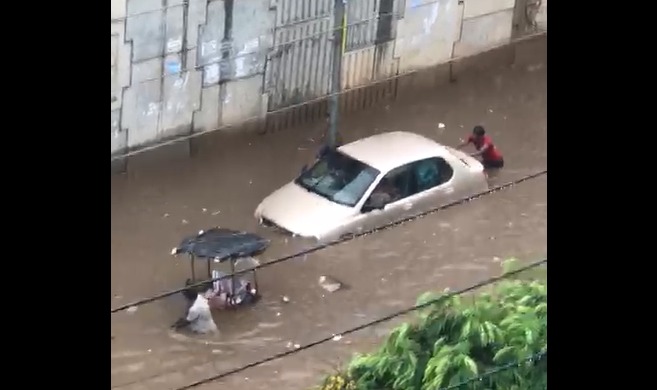 Heavy rains paralysed daily movements as roads were flooded, cars were seen floating in deep water in the Capital City for hours today.

The devotees who thronged ISKCON temple to celebrate Janmashtami has faced difficultied as they had to negotiate with the waist-deep water to reach the temple.

Locals said though Bhubaneswar Municipal Corporation (BMC) carried out an eviction drive last year, the drainage channels to carry stormwater were not cleared.