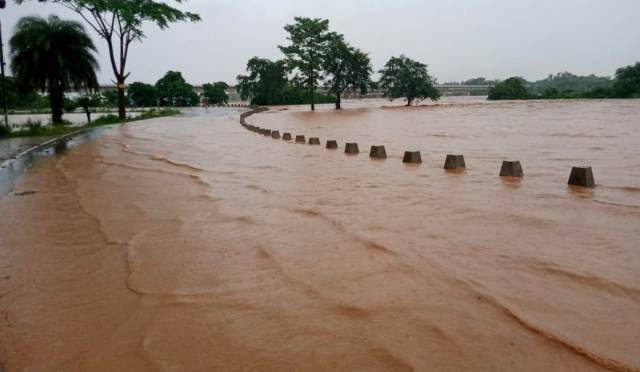 Nation First News:  The flood-like situation improved in several parts of Western & South Odisha, after water level of several rivers is flowing above the danger mark on Wednesday.

Following incessant rainfall, railway track on Rayagada-Titlagarh route was washed away completely affecting railway traffic. In Rayagada, four panchayats (Kucheipadar, Dangasil, Kadipari, and Maikancha) of Kasipur block have been disconnected, after a bridge near Kucheipadar was washed away. Similarly, Several areas of Lanjigarh and Thuamul Rampur blocks were also marooned after heavy rainfall.