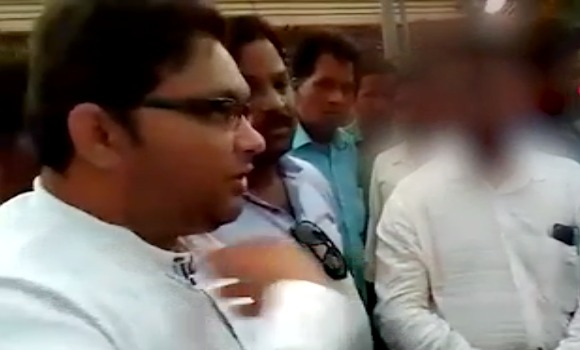 Nation First News:  Newly-elected Patnagarh MLA Saroj Meher landed in controversy by forcing a government official to do sit-ups as punishment for alleged poor quality work in his constituency.

A viral video doing rounds on social media in western Odisha’s Bolangir district where the Patnagarh MLA have forced the JE of Belpada block Jaswant Sabar to do sit-ups hundred times in front of the public for poor quality of road work near Belpada in Bolangir district.

After some of the residents complained about the quality of the construction work, the MLA visited the site yesterday and heard the complain of the locals.