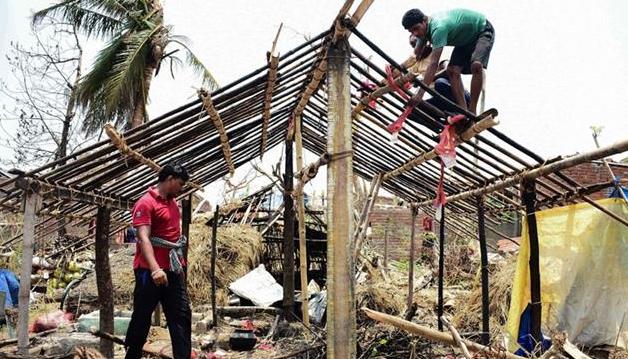 Dev Siwach: No I am not satisfied with the State Government.

Abhin Adhikari: Dharmendra pradhan was more active than our CM. He has visited and taken stock of things from ground. But, Odisha government could not build a cyclone resistant infrastructure in 20 years. No underground wiring for electricity has been done. But, lot of people’s lives have been saved. That’s a positive part.

Rajalaxmi Patra: No.. Not satisfied. State government had no post cyclone planning. State Chief Minister as usual did not visit the victims and the devastated areas. He had no message after the Cyclone.

Debendra Rout: State Govt has done a tremendous work to create awareness among common people to take preventive steps before cyclone, as a result casualties was minimized! But unfortunately, similar preparedness was missing in post Fani scenario. Govt administration seemed unprepared, People’s Representatives were not proactive, CMO lacked enthusiasm during 1st week of cyclone. It could have managed in a better way!

Souranshu Prasad Sahoo: No, not at all. Though precautionary measures as human evacuation, warning messages to the people dwelling near to the sea, fishermen are praiseworthy, but restoration work aftermath of cyclone like electricity supply, drinking water supply, medical facilities, relief distribution are not up to the mark as expected from an active government.

Dilip Kumar Joshi: Remarkable job done by Govt. We couldn’t asses the ground zero report as we are busy with our requirements AC, TV, Internet…etc.

Balkrishna Mohapatra: Yes,definitely Odisha government has done the pre Fani and as well as post Fani Cyclone settlement works successfully. Anyway, time has come to have a long-term counter plan against the coastal natural calamities in the state.

Madhab Sikder: If yes, then all credit goes to Modiji, as Patnaik sahab already given the credit to Modiji!!

Rabindra Nath Mohapatra: In comparison to previous three cyclones in Odisha, Titli, Phailin and Hudhud, this time the reaction of both the Government and Administration were very casual, cold and irresponsible. Perhaps because it was immediately post election natural calamity. If it was pre-election, the entire scenario would have been different.

Sambit Nanda: The answer is a big No. We could not see the 2,51,600 volunteers of 7,174 Biju Yuva Vahini at work aftermath Fani. Devastation was huge but restoration was pathetic as govt officials were completely helpless till the teams from other states arrived. Although our state is regularly hit by this type of calamities, state govt did not try to develop the infrastructure till now as this will not cater to vote bank politics. And also Misappropriation of contingency fund and spending CMRF towards Aahar and Kalia like schemes acted as demoralizing agents for public donations and contribution to CMRF to a large extent.

Pranab K. Pani: Sincerity is there with good work but the absence of preparedness anticipating the enormity of the cyclone impact, made people’s lives miserable. However, the magnitude of the destruction is unimaginable and a challenge for any Government anywhere in the world. This is a Fact. Still, the way so relentlessly the State bureaucrats and the entire administration worked to restore the normalcy surely deserves applause. The works by the civil society is commendable.

Jitendra Kumar Sahu: Not at all. Both state & centre works tirelessly before Fani. But state government failed to restore normalcy in rural areas even after 15 days. No power supply, no health support for the poor people. Why target for 100% power restoration only for urban areas?

Bhawani Shankar: Restoration work in City like Bhubaneswar, Cuttack, and Puri are satisfactory, but actual misery still lies in various parts of rural areas of Puri and Jagatsinghpur. State authority misleading the people with exaggerated figures mostly far from being true.