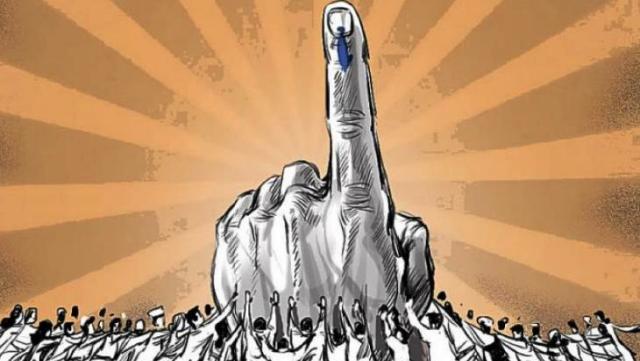 Nation First News:  Should there be a ban on Politicians contesting from more than one seat to avoid unnecessary wastage of taxpayers’ money as well as time & efforts of State & EC machinery?

Kumar Jitendra: Don’t know why most PMs & CM candidates do this repeatedly. Yes, it should be banned. The union & state government should make a strong amendment to stop this. The Supreme Court of India should intervene as soon as possible if they fail to do this.

Acharya Biswa: Yes it should be. Politicians make the law to satisfy their interest. It is not required at all. If a citizen can vote from one place only, why another citizen will be allowed to contest from more than one place?

Rajalaxmi Patra: Yes it should be banned. Don’t know why candidates are allowed to contest from more than one seat. Sometimes it shows their lack of self confidence. But this time Navee Patnaik contested from two seats not for that reason rather it was a politically motivated step; to boost the cause of BJD in Western Odisha. Whereas the fear of Rahul Gandhi proved to be true and he lost his family bastion Amethi. So he went far away to Kerala (Wayanad). In order to save the expenses from Public Exchequer, there should be legislation to ban contesting from more constituencies.

Sambit Nanda: I If anyone wants to stand from more than one seat, provisions shall be made to deposit the total election expenditure for the additional seat. If he wins from the seat and leaves it after winning, then the deposited amount shall be spent on the by-election to be held on that seat. If he loses, then the deposited money can be returned.

Soumya Dash: Yeah there should be a law for this. No one should contest from more than one seat. Rule has to be equal for all citizens (Politicians are the citizens as well). When we can’t cast our vote twice, then Politicians should not contest from two or more seats. Supreme Court of India should stop this and come up with a law, coz Central & State Govt will not hurt their interest by coming up with such bills.

Sachida Nanda Swain: Yeah. I have been advocating for this since long. Also if somebody is already in Rajya Sabha and still a good amount of time is there for his or her tenure to complete, should not be allowed to fight in Lok Sabha election. For example, this year Amit Shah, Smriti Irani, Ravi Shankar Prasad and 2 MPs from Odisha have been elected to Lok Sabha. Now by-election will be ordered for these seats, which is again wastage of money.