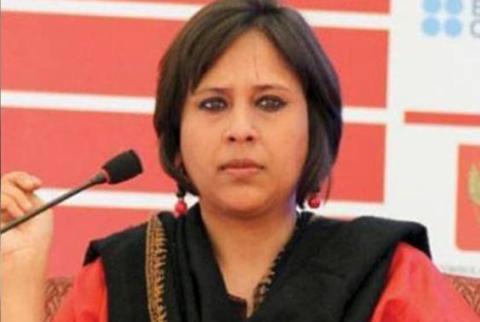 401
Share
NF Bureau: Four people have been arrested on charges of harassing and abusing Senior Journalist Barkha Dutt on social media and via Text/WhatsApp messages.
The Delhi Police’s Cyber Crime Cell acted on the FIR lodged by Barkha Dutt on February 21 after she received over 1,000 calls and text messages, as her mobile number was made public by some people. She was also trolled heavily on Twitter.
The accused have been identified as:
Related Posts

Jun 21, 2019
Rajiv is pursuing his Graduation, while Hemraj is a Chef at a Hotel. Aditya is a Sales Executive at a private firm. All of them had sent abusive text messages to Barkha. They were granted bail.
The fourth accused, Shabbir Gurfan Pinjari, who works in a butcher shop, had sent the ‘obscene photo of his private part’ to Barkha. He was sent to 14-day judicial custody.
The Delhi Police is trying to find who made Barkha Dutt’s mobile number public.

CRPF not to celebrate Holi in memory of Veer Jawans