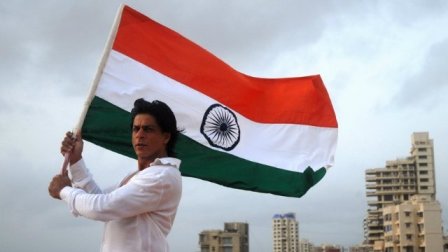 NF Bureau: A lot of WhatsApp messages as well as social media postings have been very critical of Bollywood Superstar Shah Rukh Khan, attributing some remarks and news to him. Let’s discuss here.

Did Shah Rukh Khan said he would leave India if there is a ban on Pakistani Artists in India?

NO. It’s a blatant lie, far from truth. On February 15, SRK expressed condolences to the bereaved families of Pulwama terror attack on his Twitter handle. There have been no other tweets since then. He also did not issue any such statements to media on the issue of ban on Pakistani Artists. However, some people were critical that neither he condemned the terror attack nor issued any statement against Pakistan. That could be the reason behind the fake news spread against him.

Heartfelt condolences to the families of our valiant jawans. May the souls of our countrymen who laid their lives down for us rest in peace. #Pulwama

NO. The old hoax, which claimed SRK donated Rs 45 crore to victims of a gas tragedy in Pakistan, has resurfaced aftermath Pulwama attack. Some said he had donated the money to flood relief work in Pakistan. This is news is fake and has no substances.