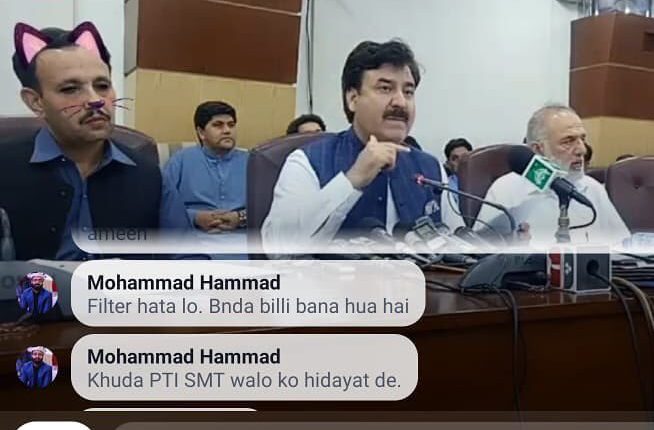 Nation First News: The provincial government of Pakistan’s Khyber Pakhtunkhwa, which is led by Pak PM Imran Khan’s PTI, became a laughing stock today after it accidentally turned the ‘Cat Filter’ during a meeting that was streamed Live on Facebook.

The Ministers who conducted the meeting online, were left red-faced after a user pointed out the gaffe and asked the administrators to turn off the filter with a comment, “Filter hata lo. Banda billi bana hua hai (Remove the filter, the man has turned into a Cat).

The screenshot taken by the netizens went viral. Although the Govt immediately switched off the page and later apologised for the error, the damage was already done.